What is a propensity model, and why should marketers care? 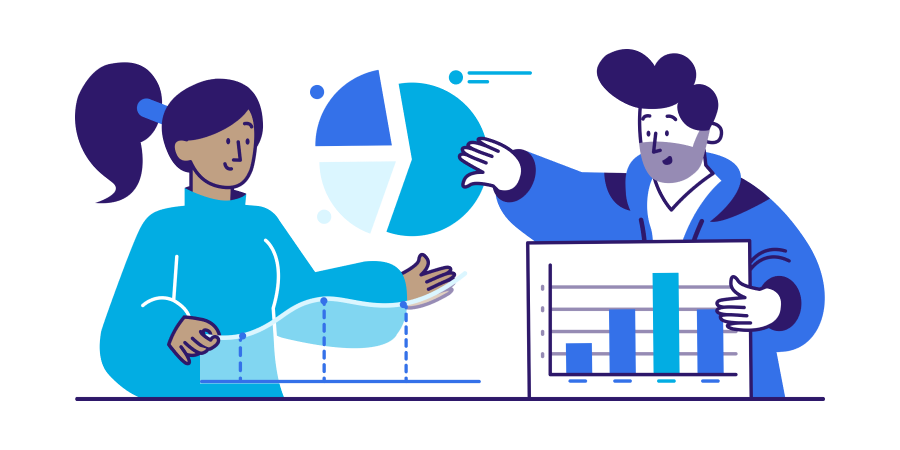 Have you ever wondered why your competitors seem to do a better job of targeting prospects and achieve higher conversion rates? Chances are, they use a propensity model to identify prospects that are most likely to buy their products or services.

What is a propensity model?

A propensity model uses machine learning to analyze your sales data and pinpoint which past prospects have purchased from you, and which have not, even though they were all exposed to your sales or marketing touches. To build a propensity model, you pull together your sales data, (e.g., from Salesforce or Hubspot) and enrich it with some third-party service, such as ZoomInfo, Demandbase, Bizible, D&B, Costar, or others.

For convenience’ sake, we often grade accounts using an A through F scale, where A is most likely to buy, and F is least likely to buy. You can now focus your resources on A accounts, the high-propensity accounts in green above. In our experience, this increases your chances of closing a deal by up to 5x relative to your initial baseline! It all translates into meaningful increases in your conversion rate, meaningful revenue growth and a lower cost of acquisition.

Think of propensity as a batting average: It won’t happen every time, but if you stick with it, it will produce better results than random selection.

What makes a successful propensity model?

How is propensity different from intent?

Marketing automation and orchestration systems, such as 6sense, often provide a measure of propensity (sometimes called fitness) and a measure of intent. Propensity measures the probability that an account will take a particular action, such as buying, based on past behavior of similar accounts and the history of the account itself. It’s not a certainty, and it works out over several accounts as a “batting average” of sorts.

A good way to think about propensity vs. intent is that propensity is not destiny, but it shows you where the fish is. Intent tells you which fish is biting. You should act on both, as they are both useful indicators.

How can we help?

Do you need better predictive analytics? Want to learn more? Feel free to check us out at https://analyzr.ai or contact us below!

Pierre has worked in the communications, media and technology sector for over 20 years. He has held a number of executive roles in finance, marketing, and operations, and has significant expertise leading business analytics teams across a broad set of functions (financial analytics, sales analytics, marketing and pricing analytics, credit risk).

How to build a clustering model: A comprehensive guide

What is clustering and why should marketers care?

The Analyzr Python SDK is out!