How to build a propensity model: A comprehensive guide 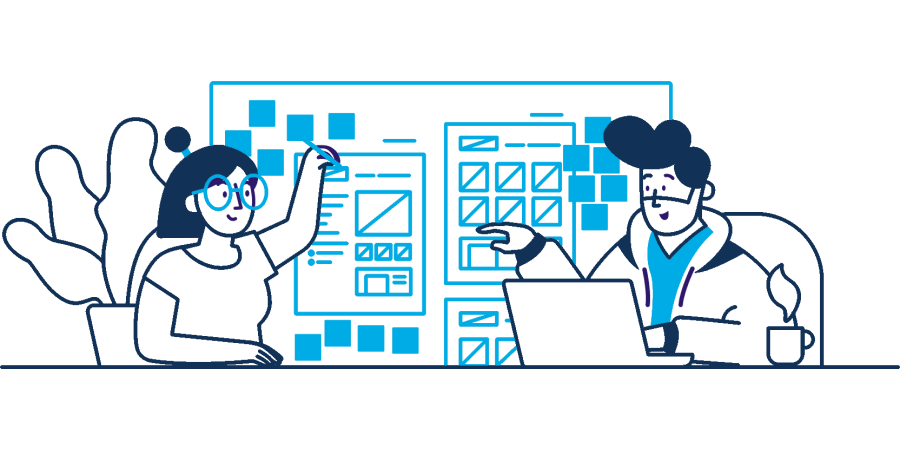 This post assumes you have access to machine learning modeling resources. If you don’t, feel free to request beta access to Analyzr, our no-code modeling tool. We illustrate the propensity modeling steps below with Analyzr examples, but you can follow the same steps with any other modeling tool, such as a Jupyter notebook or another machine learning platform.

The five steps to building a propensity model

Building a propensity model involves five steps. We will cover the process end to end. If you are interested primarily in technical topics, such as algorithm selection, go straight to Step 4.

While some analysts will complete Step 3 (data exploration) before Step 2 (model creation), we go through this specific order here, as it is more efficient to do so when working from a single tool. In practice, you may find it helpful to go through a fair amount of data exploration on your own prior to using any modeling tool.

Trending
How to build effective machine learning models: A checklist for marketers

Take the time to assemble a dataset combining the outcome variable you are trying to model (e.g., whether a prospect will respond to a marketing campaign), with all the relevant attributes you know about each prospect. By way of illustration, we will use the Marketing Campaign dataset, a publicly available dataset. While this dataset is ready to use for modeling, in practice you will spend a fair amount of time compiling your own dataset.

Best practices for compiling datasets will be the subject of a future post. You will need to use a combination of database platforms such as Snowflake, Amazon Redshift, Azure Synapse, or Google Big Query, and your business intelligence tool of choice such as Tableau, PowerBI, or Looker.

Next, you will create a model associated with your dataset. If you are using a Jupyter notebook, this is when you import the relevant machine learning libraries such as scikit-learn, Vaex, or Dask. If you are using Analyzr, you simply go to the Models page and create a new model:

It is important to validate that you have the right dataset, and establish some observations or hypotheses about the outcome you are trying to predict. You should also ask yourself the following questions:

Congratulations! Now that you’ve answered these questions, you are ready to configure your propensity model.

STEP 4: Configure and train your model

In this step, we will start by selecting variables and an algorithm. We will then train our model to interpret the results. You will need to identify and select three types of variables:

Next, you will need to consider the following data manipulation issues. If you are using a Jupyter notebook, you would select the relevant columns of a data frame.

These data manipulations are typically tedious with Jupyter notebooks but can be done straightforwardly with several tools, including Analyzr. In our example using the marketing campaign dataset, you will end up with 1 index variable, 1 dependent variable, and 26 independent variables selected:

Once you’ve selected and pre-processed your variables, you will need to select an algorithm. The most common choices are:

In our example using the marketing campaign dataset, we will select a logistic regression classifier:

Say you are trying to predict an event that occurs only in 3% of cases. The training dataset is likely going to have very few instances of the outcome you are trying to detect (e.g., 30 for every 1,000 records). This lack of data usually results in poor model performance, and it is common when the outcome to be predicted occurs in 15% of cases or fewer.

Once the propensity model is trained on the re-balanced dataset, its performance is then evaluated on a normal, imbalanced test dataset. Performance is usually markedly improved.

Another practical tip is to down-sample your dataset while you are still tweaking your model. In most cases, testing training on runs of a few thousand rows will be a faster and more efficient way to troubleshoot your model. Once you feel your model is configured properly, you can do a full training run on 100% of the training data. In our example using the marketing campaign dataset, the sample size is small enough that we don’t need to down-sample.

With your variables and algorithm selected, you are now ready to train your model. In a Jupyter notebook, you typically train by invoking the fit() function. In a no-code tool such as Analyzr, you simply go to the Train Model screen and click start. Once training is complete, you will produce a ranking of your variables called “feature importance chart,” or “driver rankings.” You will also get a set of error metrics:

The driver rankings will tell you which independent variable is most important in determining whether an outcome is positive or negative. In our example, remember we are predicting responses to marketing campaigns. The driver rankings above show that, as expected, marital status and education are the most important predictors of whether a prospect will respond to our marketing campaign or not.

At the bottom of the example above, you also see error metrics that are typical of most propensity models:

Note that you may end up with slightly different results due to random sampling of the data when splitting your dataset into a training set and a validation set. If you’ve made it to this point, congratulations! Your model is now trained.

You are now ready to predict campaign response outcomes for new prospects. To do so, you will typically invoke the predict() function in a Jupyter notebook or point and click in a no-code tool such as Analyzr. As you use your model over time, keep in mind the issue of model drift. See this post for an explanation of model drift.

Trending
What is a propensity model, and why should marketers care?

How can we help?

Now you’re familiar with the basic steps involved in building a propensity model. Feel free to check us out at https://analyzr.ai or contact us below!

Rocket is a manager and business development lead for Analyzr at G2M Insights, and has significant experience implementing machine learning projects for G2M Insights clients. He graduated from CU Boulder with a Bachelor's degree in computer science. He is an avid cyclist and cycled 4,370 miles from Seattle to Washington DC to raise awareness for people with disabilities.

How to build a clustering model: A comprehensive guide

What is clustering and why should marketers care?

The Analyzr Python SDK is out!